On a beautiful plateau of native edible and medicinal gardens, surrounded by vistas of rolling hills, 8 staff and students from the University of Queensland’s  Australian Research Council Industrial Transformational Training Centre for Uniquely Australian Foods (UAF) joined Bundjalung and Gamilaraay families from Native Oz Bushfoods for some hard work, laughs and good tukka! 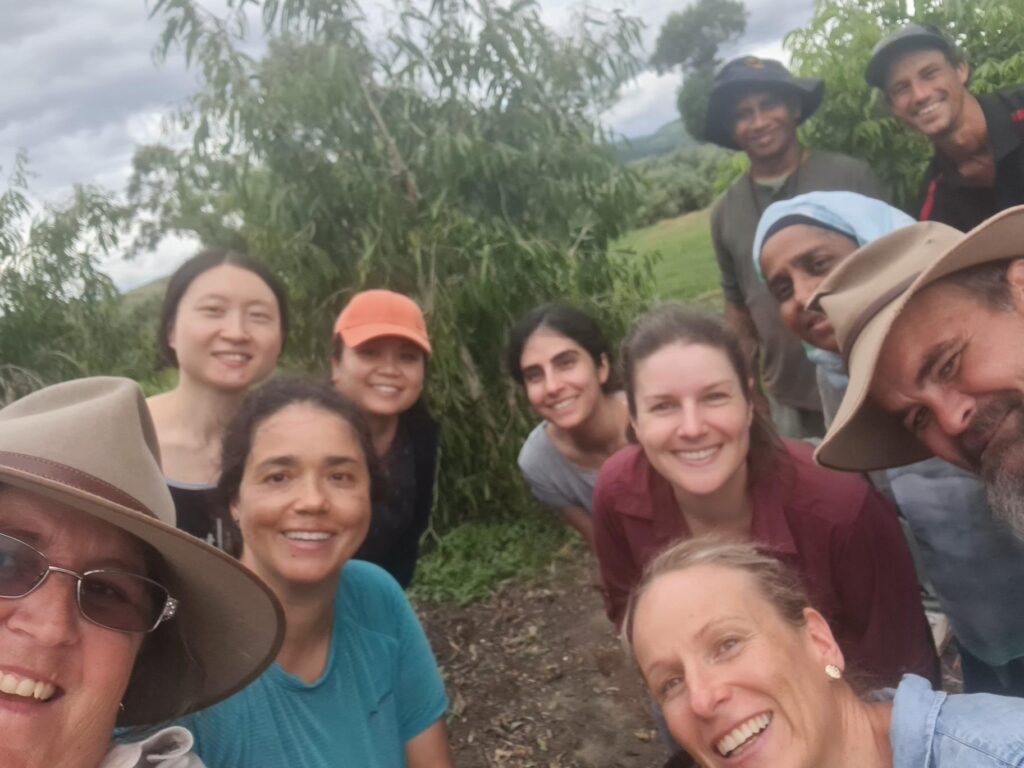 Native Oz Bushfoods is run by Bundjalung man Doug and his wife Tracey Goebel, helped by son Brayden, and has recently been joined by Gamilaraay man and qualified horticulturalist Matt Jackson. It is situated in Ropeley, close to Gatton and right under the heavy rains that fell across East Queensland a few weeks ago. The flooding caused a lot of damage to Doug and Tracey’s native crops, so UAF offered some volunteers to come and help them recover a bit.

As soon as the volunteers arrived it was straight to work! Together, and with much conversation, jokes and general jovial ribbing, everyone chipped in to: 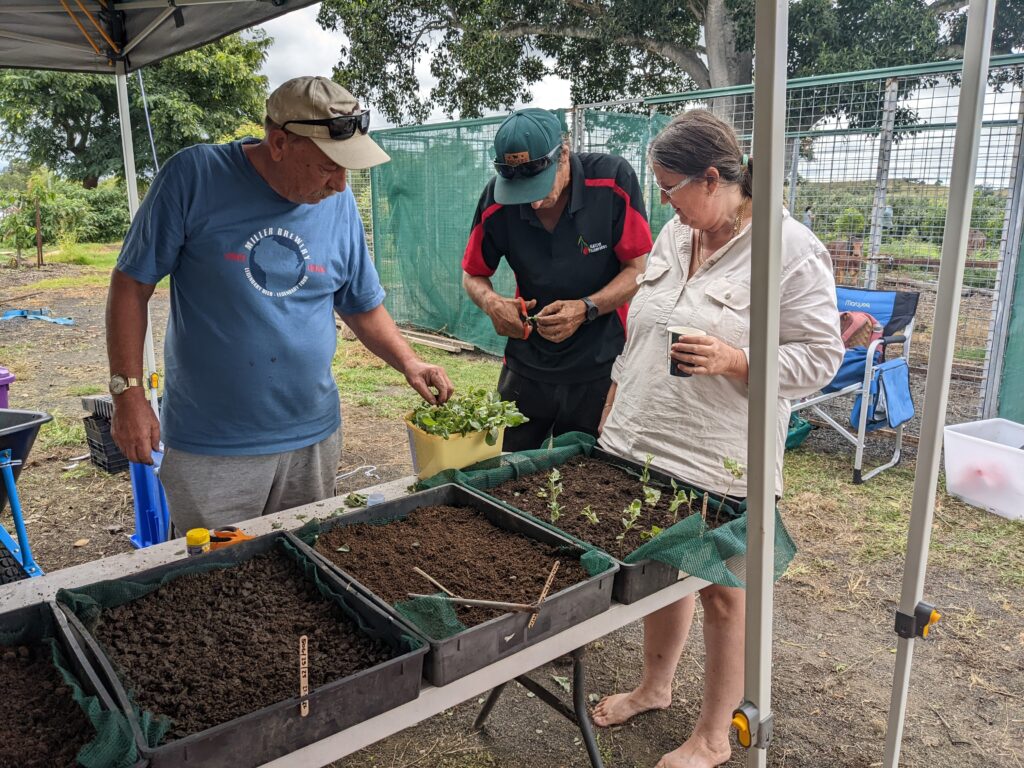 Gamilaraay men Dennis and Matt Jackson, along with Tracey preparing a series of different potting mixes for trials. 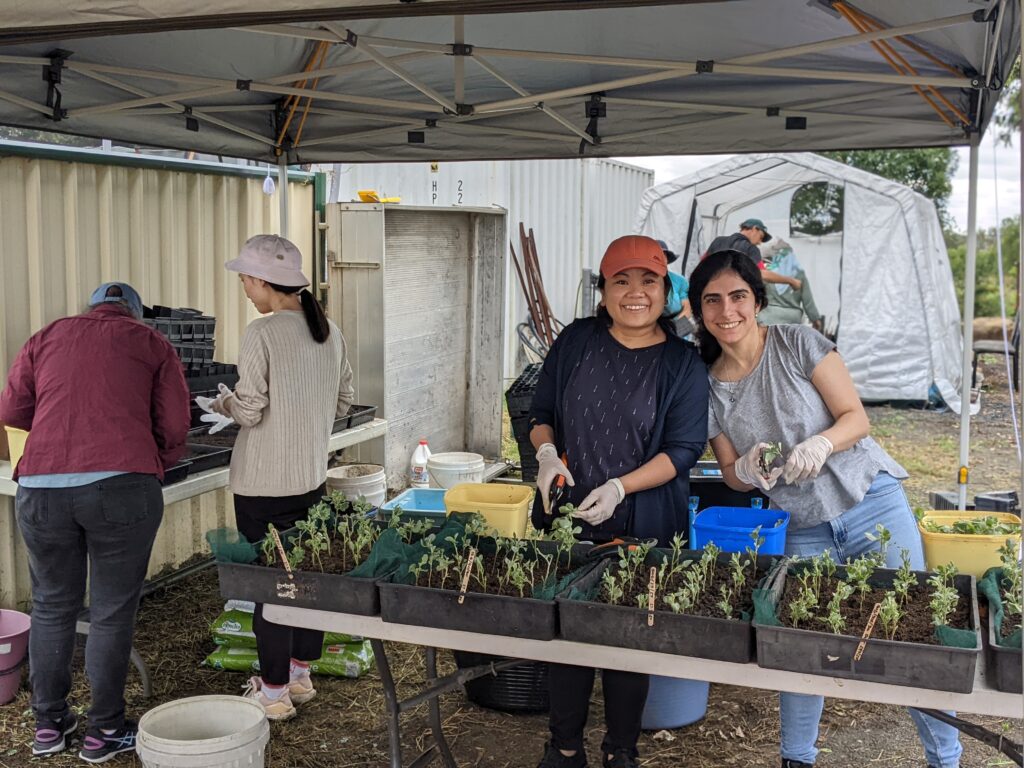 From left, Clare, Gengning, Anh and Maral, all assisting to prepare and plant saltbush cuttings 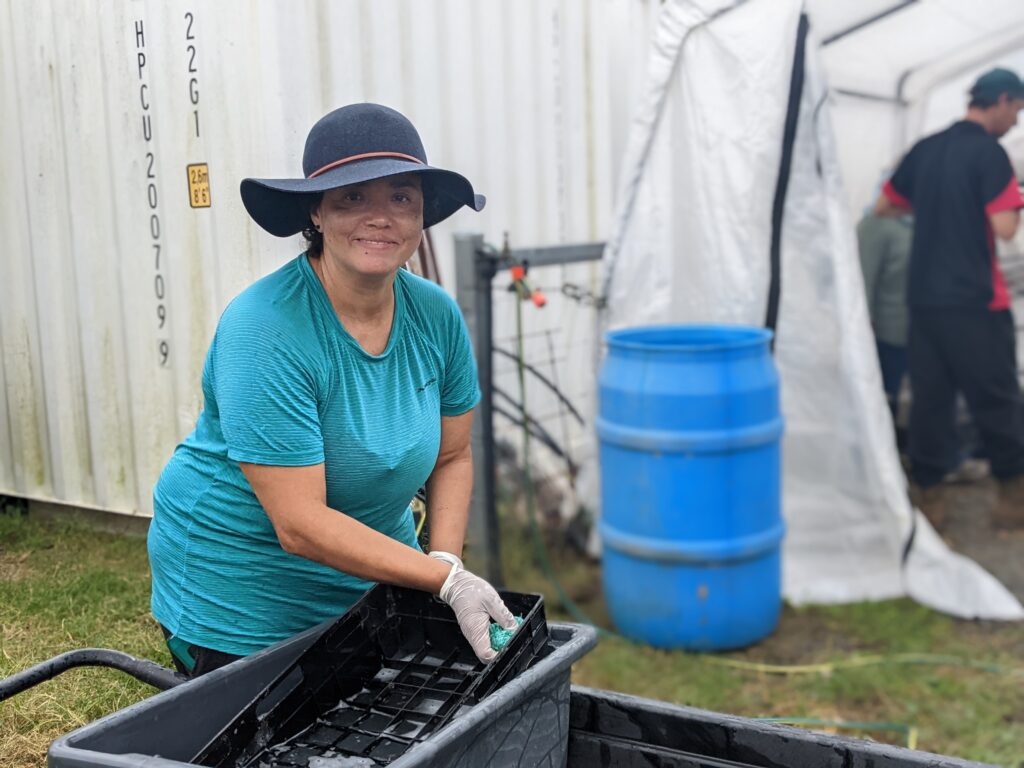 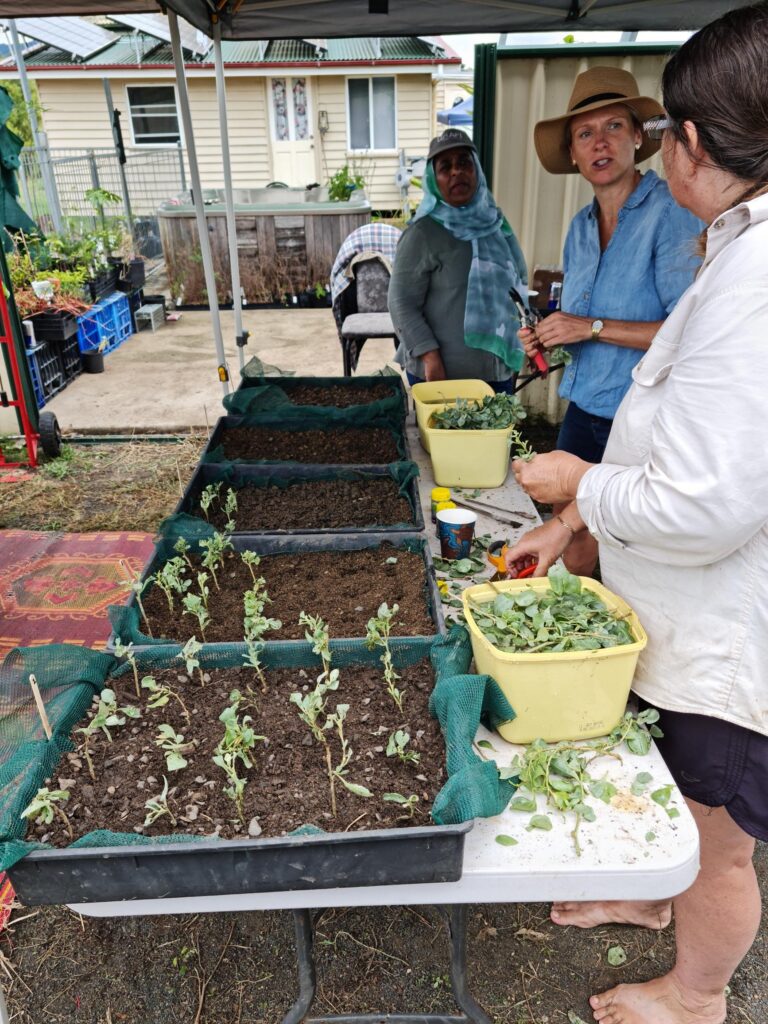 Yasmina, Sophie and Tracey having a yarn while working on the propagation station 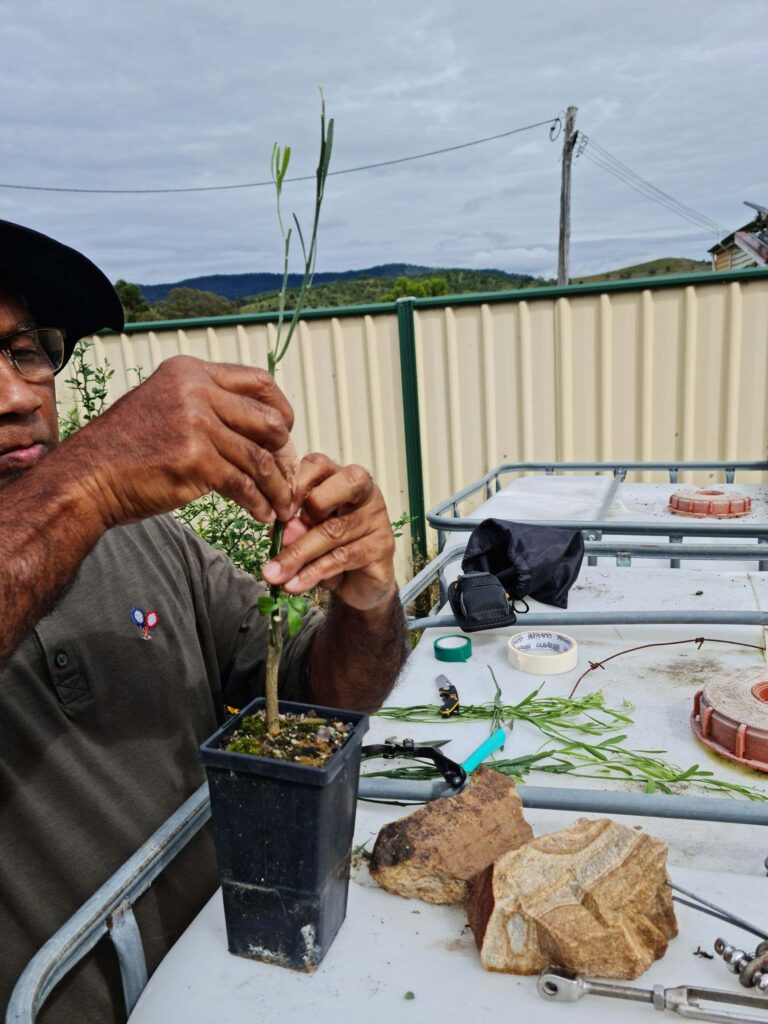 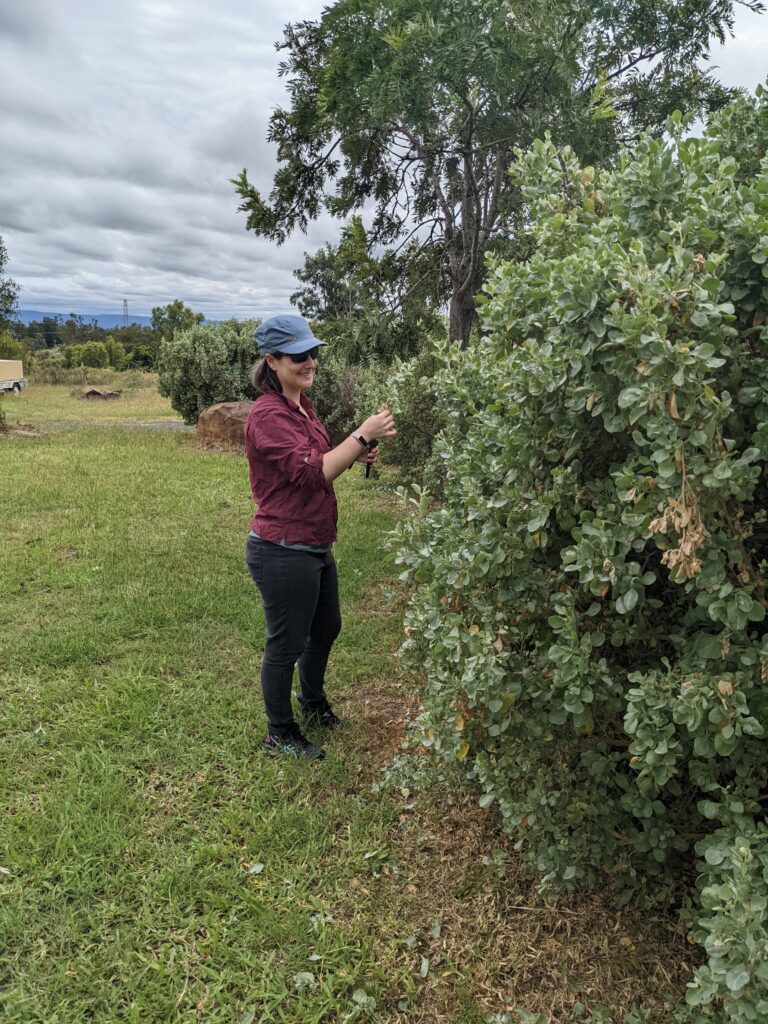 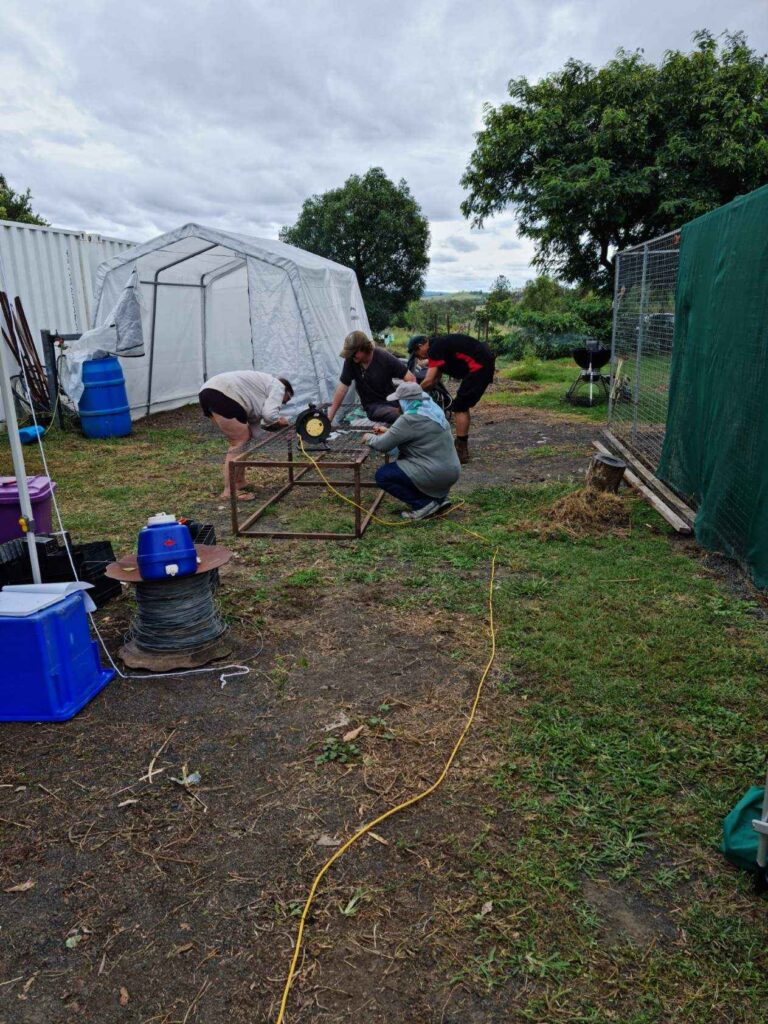 The days work, resulting in around 1000 new saltbush plants propagated, being given a light watering by Matt

A special honour was bestowed on the UAF team, with Bundjalung man Doug, assisted by Gamilaraay man Matt, conducting a smoking ceremony. Smoking ceremonies are important customs for First Nations Australians, dating back millenia.   Various, specially selected native plants are burnt by an Elder or other key person to release smoke, which has cleansing and healing properties. The ceremony welcomes visitors to the Country, wards off bad spirits from the people and land, and promotes protection and well-being of visitors. 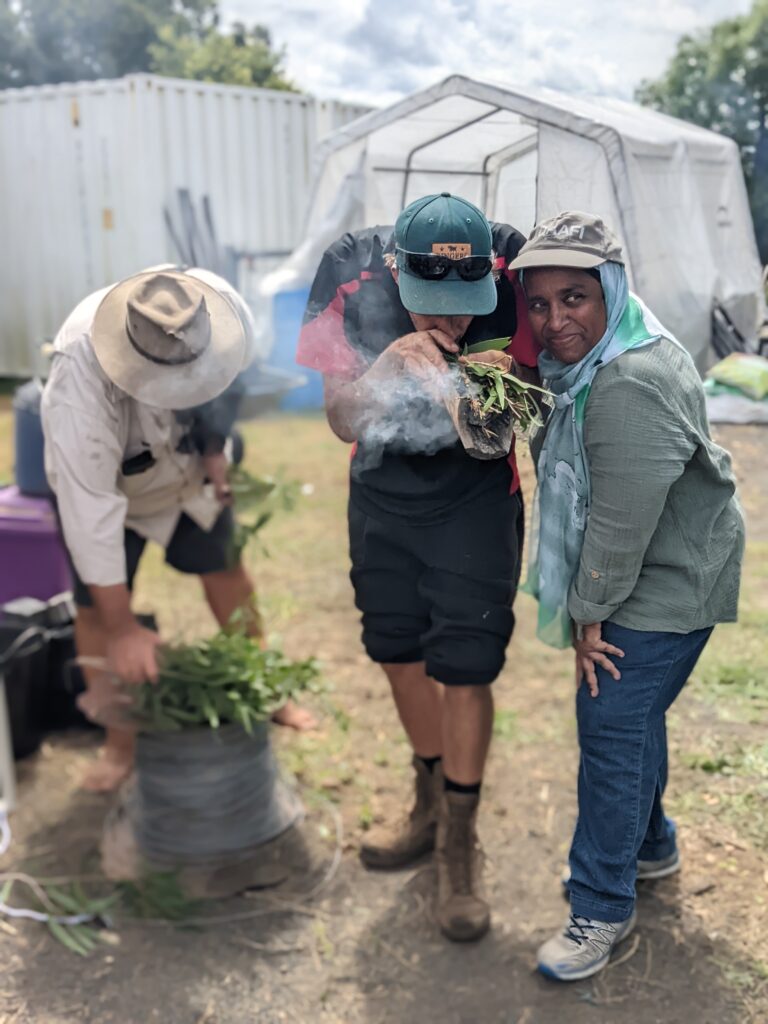 Doug and Matt conducting the smoking ceremony, Yasmina enjoying the beautiful aromas and deeply spiritual feeling of the smoke which was gifted to – and felt by – all of the UAF team. 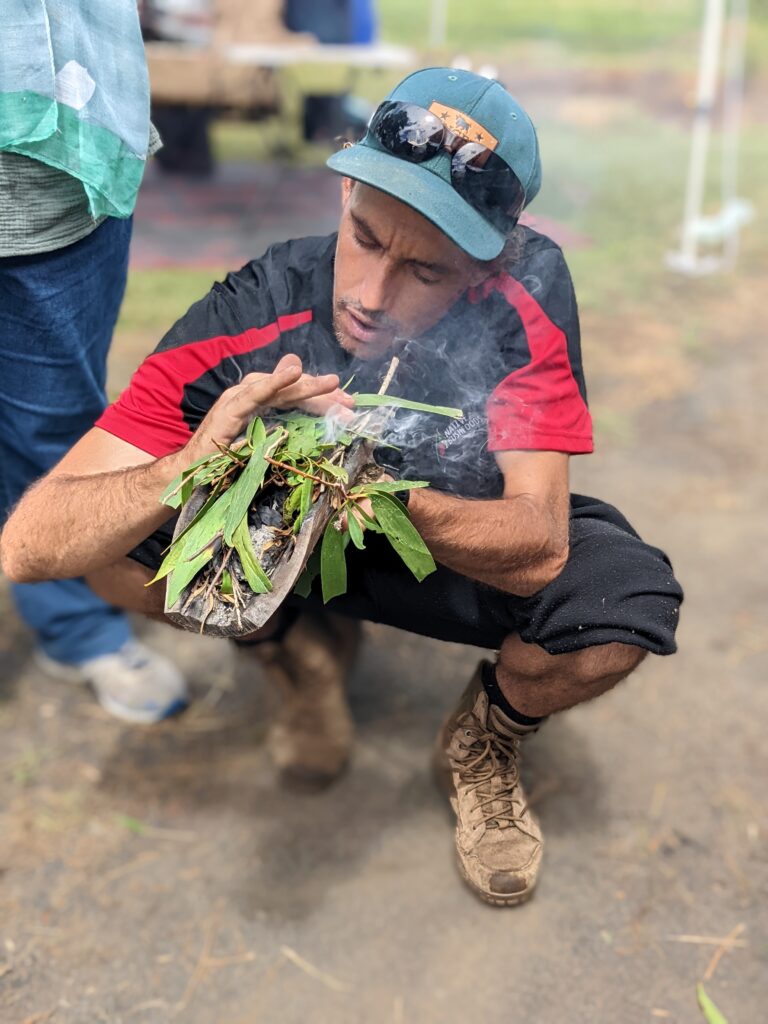 After the work was done, the group gathered for a yarn-up while enjoying some of Doug and Tracey’s own beef, sauces and relishes, along with salads, desserts and other goodies bought by the UAF team. 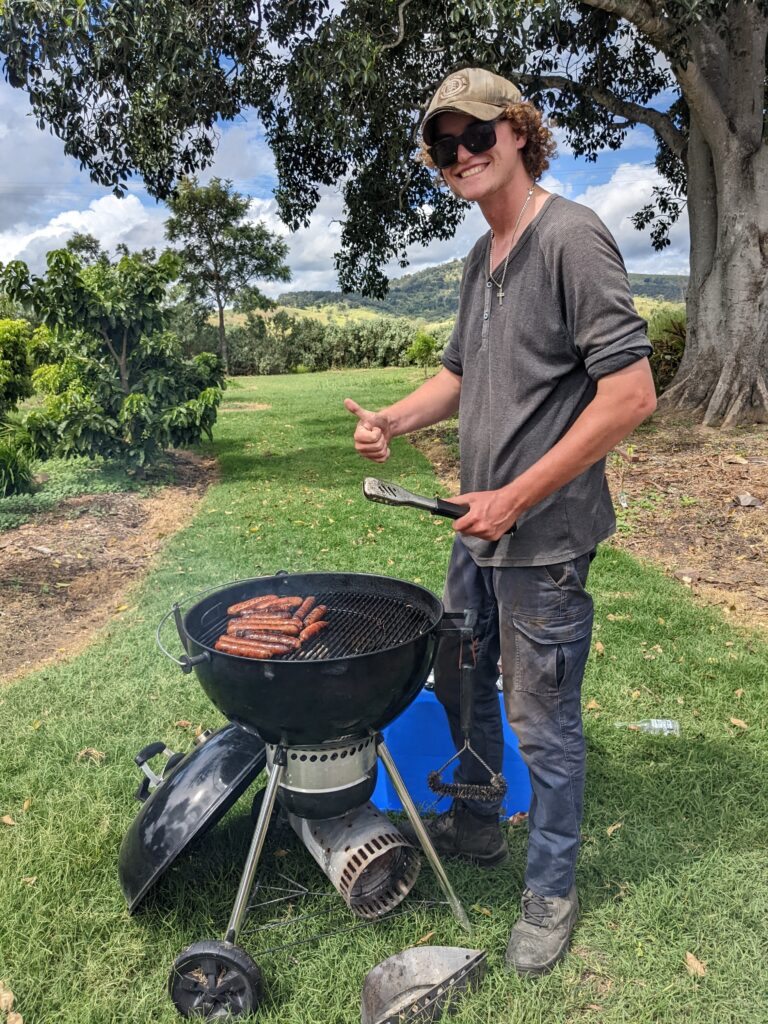 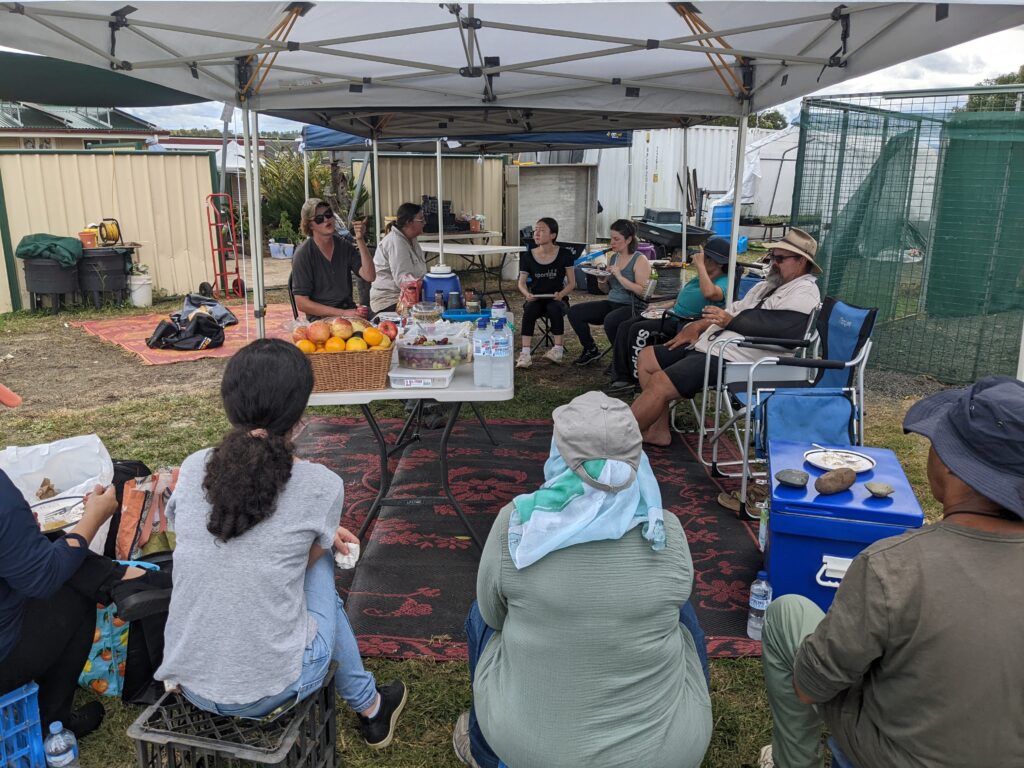 The group enjoying a well-earned feast together

The UAF team left after lunch, looking forward to updates from the Native Oz Bushfoods team, and keen on learning of a 95% successful strike rate of the cuttings! (Though realistically, says Matt, it’s likely to be around the 60 – 75% rate… ).  No doubt it’s the first of many collaborative visits the team will make over the years as the two teams work together with shared values, aspirations and goals.