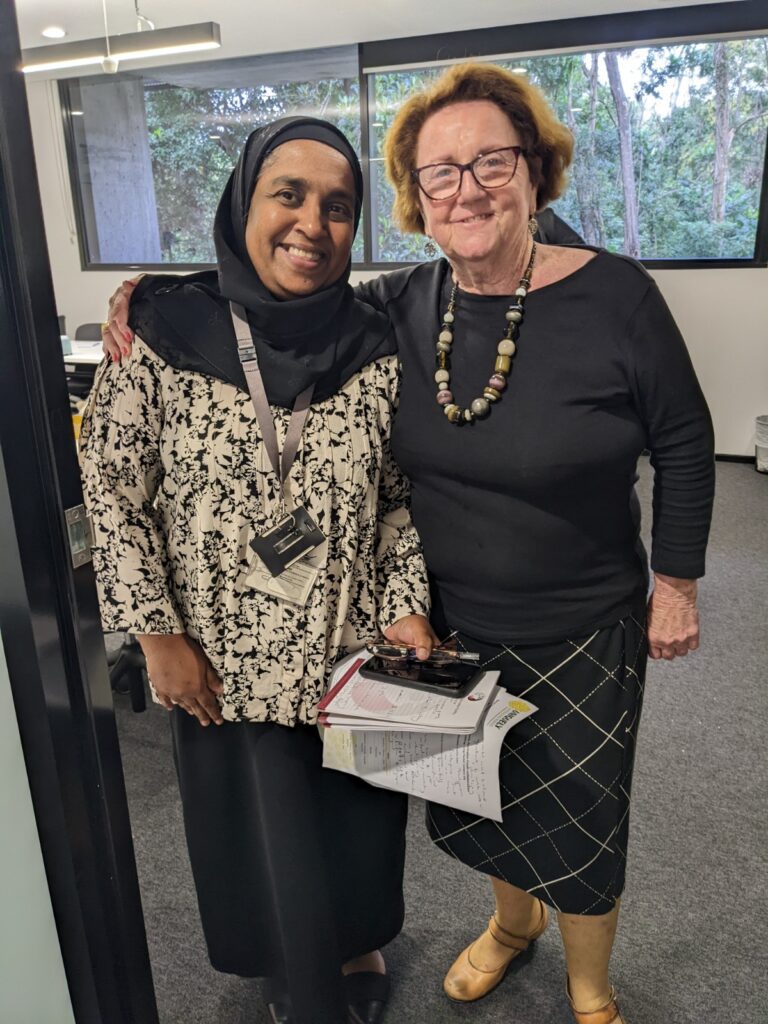 BMRG’s Chief Executive Officer, Sheila Charlesworth was joined by Nicole Patterson and Cameron Costello;  Angela Huston represented GDC; and with UAF, the three groups discussed many opportunities and aligned aspirations to work together on well into the future.

A delicious morning tea showcasing some of the UAF’s Indigenous research partners products was offered (and gladly accepted with licked fingers!), with freshly baked wattle seed buns, Tasmanian pepper berry butter and a range of teas and jams showcased. 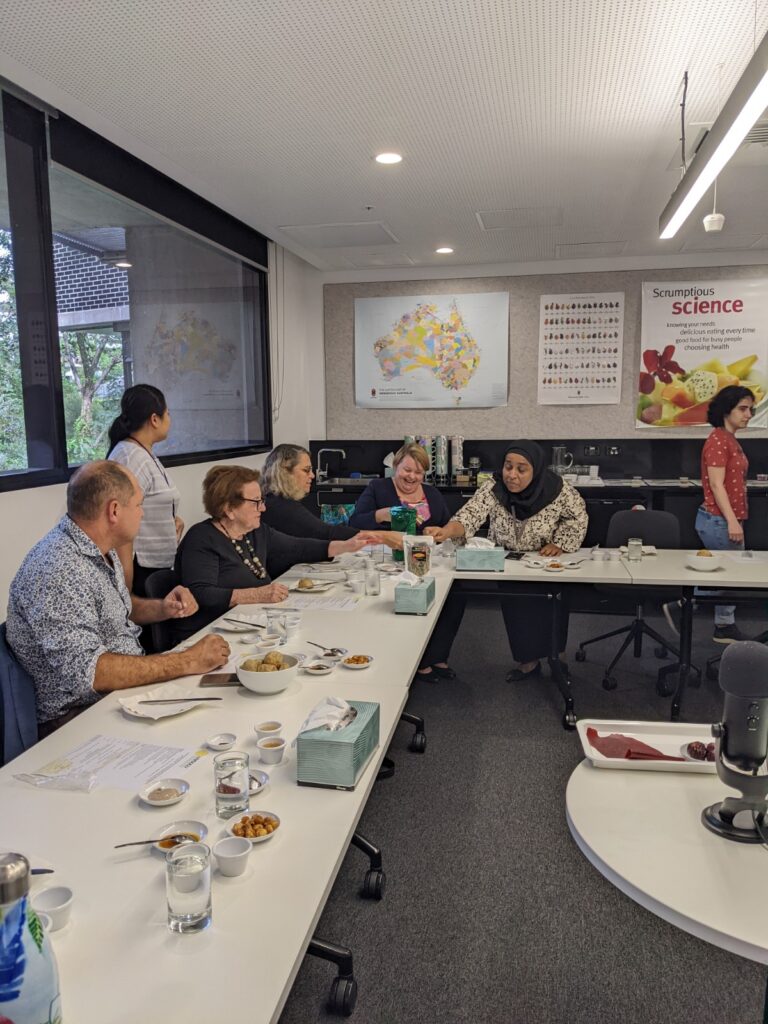 Guests from BMRG and GDC were given a tour of the laboratories, and shown the latest equipment, and given explanations of some of the research work currently being undertaken, and potential research and development uses of the equipment. 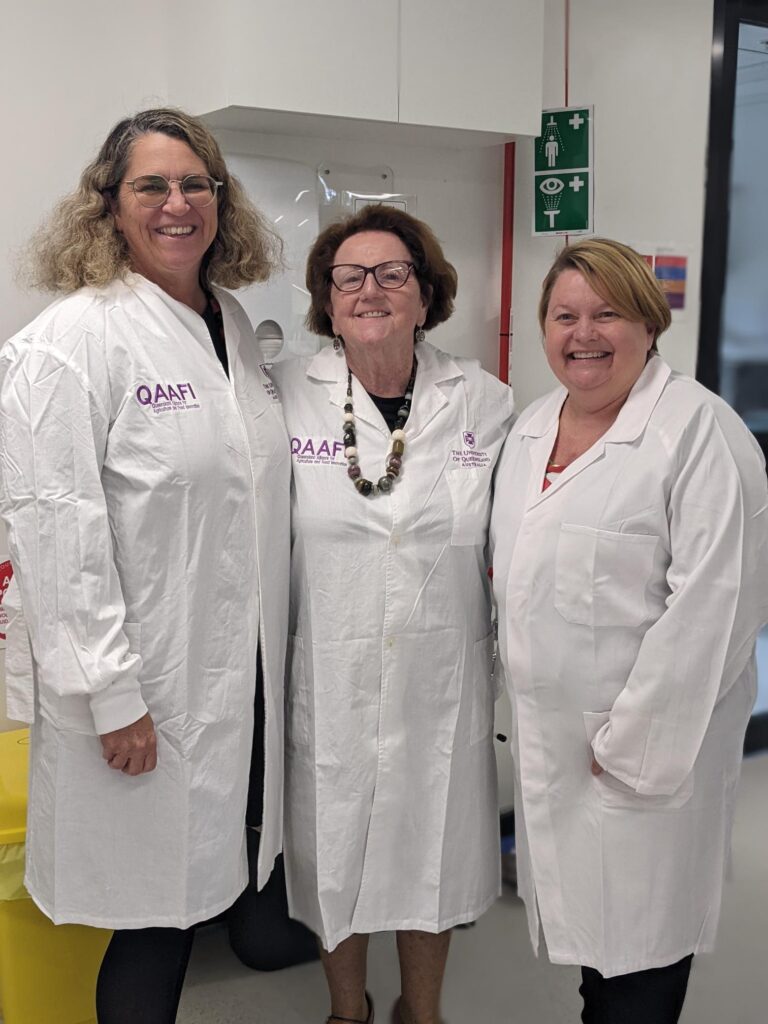 Angela Huston from GDC, and Sheila Charlesworth (CEO) and Nicole Patterson from BMRG donning lab coats for a tour of UAF’s science laboratories

The groups have already committed to further meetings to advance planning for collaborative works, including an important gathering of minds on 29th July at the Mon Repos Centre in Bundaberg, at which First Nations aspirations for long term legacy items following the 2032 Olympic games will be discussed.