The UNESCO Creative City of Gastronomy program in action!

The UNESCO Creative City of Gastronomy program in action!

The Creative City of Gastronomy is a UNESCO program that encourages action towards the sustainable development goals using a variety of creative activities in urban environments. Each City within the global Creative Cities Network is managed by an independent organisation which helps drive and oversee initiatives to maintain the Creative City status. 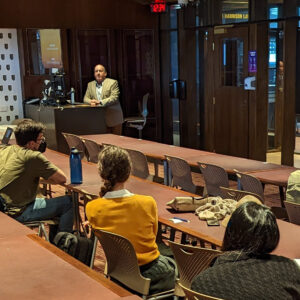 During his visit Mabry presented a series of lectures and seminars, describing how Tucson was able to leverage more than 5,000 years of plant-people relationships, along with more recent food system innovations, to become the first Creative City of Gastronomy in the USA in 2015.

His follow-up seminar further highlighted how Tucson has since become a thought leader in the global Creative Cities Network, at the forefront of the global movement to revive traditional foods for both preservation of cultural heritage and economic development. Through the lens of Tucson’s experience, the presentation explored cultural and economic values of indigenous and heritage foods and compared the effectiveness of some different strategies for supporting the producers within that local context. 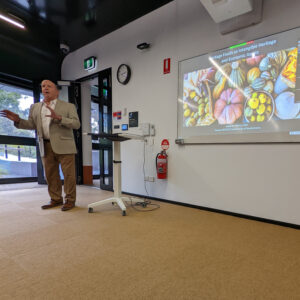 Jonathan’s final presentation focussed on the outline of some of the key programs developed by the non-profit NGO managing Tucson’s UNESCO Creative City of Gastronomy designation, to support food heritage conservation and local food businesses. 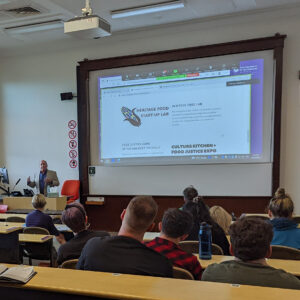 In all it was great to hear more in detail about the realities and workings of the Creative Cities program for Gastronomy: from the application process, relevant implementation of initiatives, and the need for ongoing support and maintenance of initiatives to ensure retainment of the Creative City status. In the process it was also interesting for us to note the status of Creative Cities of Gastronomy in Australia – Bendigo VIC (since 2019), and Launceston TAS (since 2021).

We are looking forward to hearing more from UAF PhD student Christopher P. Sauer as he explores a wholistic view of the Creatives Cities designation in Tucson and the broader impact it has had amongst community stakeholders since it was awarded in 2015. It will be great to hear the overarching benefits, as well as any limitations that may have been encountered as a result of the designation, with a particular view to translating this experience within the Australian context.

For more information, please reach out to Christopher P. Sauer.