Oladapo received his Bachelor of Agriculture degree (Animal Production & Health) and Master of Agriculture degree (Non-Ruminant Production) in 2010 & 2016, respectively from the Federal University of Agriculture, Abeokuta, Nigeria, and Master of Science degree in Agricultural Biotechnology (with a specialization in Animal Biotechnology) in 2016 from the Szent Istvan University, Godollo, Hungary. His previous research works were focused on the comparison of in vitro techniques for the evaluation of frozen-thawed sperm of domestic fowl and the effects of feed restriction & ascorbic acid supplementation on growth performance, blood profile, carcass yield and meat composition of broiler chickens. He has published several articles in international peer-reviewed journals.

In 2017, Oladapo began his career when he started his PhD in Food Science and Biotechnology at the University of Queensland. His role has been focused on the utilization of agroindustrial by-products and under-utilized plant materials, primarily by applying solid-state fermentation as a value-addition technique for improving the nutritional/economic value of agroindustrial by-products for food and feed applications. He has since continued at the University of Queensland in a Postdoctoral research position within the ARC Industrial Transformation Training Centre for Uniquely Australian Foods providing his expertise in solid-state fermentation.

Publications contributed to by Oladapo: https://scholar.google.hu/citations?hl=en&user=hFCPFgkAAAAJ&view_op=list_works

Projects Oladapo is involved with: https://uniquelyaustralianfoods.org/projects/australian-native-seaweed-diet-diversification/ 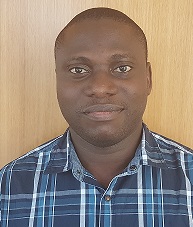